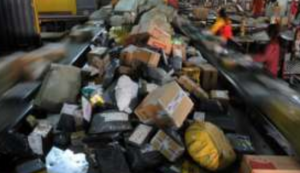 ‘Singles’ Day began as a day for single people – apparently a chance to celebrate for the singletons, or “bare sticks”, symbolised by the four number ones in the date of 11 November – 11/11’.

As of 2013, Alibaba sales outstripped those for the nearest equivalents in the US; the post-Thanksgiving shopping splurges on Cyber Monday and Black Friday.

In 2014, Alibaba recorded $9.3bn (£5.9bn) sales during the annual event, which it adopted in 2009. China’s state postal service reported about 500 million packages shipped as a result of Singles’ Day orders, up 50% from last year.

In the run-up hit for this year’s Single Day sales, JD.com; Alibaba’s small rival has accused Alibaba of ‘forcing retailers’ to promote their sales exclusively with its own outles, Tmall.

JD.com lodged this complaint with the Chinese Industry and Commerce watchdog. Alibaba on the other hand denied the allegation claiming that its rival is panicking for their lost.

The Chinese State Administration for Industry and Commerce (SAIC) accepted the complaint and warned retailers “not to use malicious marketing methods to engage in competition” ahead of the event, according to the Xinhua news agency.

With the recent change in legislation, online retailers are ban to limit promotional activity by their merchants on other platforms.

Hahahahahaah……….. This is competition in business. It is bound to occur. Start a business today and the next day you will see your competitors hitting you from all right and centre.
Can JD.com win Alibaba? My fellow Business tycoon, what can make JD.com defeat Alibaba? Any correct answer wins you 5 points. 20 points wins you a prize!