Central bank of Nigeria, CBN yesterday announced that it would discontinue its sale of foreign exchange to Bureau de Change (BDC) operators, as part of measures to reduce the pressure on the nation’s foreign reserves.

The Foreign reserves, which closed last year at $28.364 billion, dropped last weekend to $28.193 billion, indicating depletion by $170 million in the first trading week of this year. To date, it had reduced by about $3.8 billion since mid last year when CBN announced a recovery to $31.8 billion.

In the main time, CBN has lifted the ban placed on Foreign currency deposit in commercial banks.

What lead to CBN’s ban of foreign currency sale to BDC?

– BDC Abandonment of original objective of establishment, which was to serve retail end users whose need are $5,000 or less.

– CBN bank has continued to sell Dollars at about N197 per dollar BDC operators while they sales to ordinary Nigerians, with selling rates as high as N250 per dollar.

– BDCs currency dealers have turn themselves into wholesale dealers in foreign exchange to the tune of millions of dollars per transaction.

According to Emefiele’s words: “The bank (CBN) would henceforth discontinue its sales of foreign exchange to BDCs. Operators in this segment of the market would now need to source their foreign exchange from autonomous source. They must, however, note that the CBN would deploy more resources to monitoring these sources to ensure that no operator is in violation of our anti-money laundering laws.

“Despite the fact that Nigeria is the only country in the world where the central bank sells dollars directly to BDCs, operators in this segment have not reciprocated the bank’s gesture to help maintain stability in the market. Whereas the bank has continued to sell Dollars at about N197 per dollar to these operators, they have in turned become greedy in their sales to ordinary Nigerians, with selling rates as high as N250 per dollar.

“Given this rent-seeking behaviour, it is not surprising that since the CBN began to sell foreign exchange to BDCs, the number of operators have risen from a mere 74 in 2005 to 2,786 today. In addition, the CBN receives close to 150 new applications for BDC licences every month.

“Rather than help to achieve the laudable objectives for which they were licensed, the bank has noted the following unintended outcomes:

“Avalanche of rent-seeking operators only interested in widening margins and profits from the foreign exchange market, regardless of prevailing official and inter-bank rates;

“Potential financing of unauthorized transactions with foreign exchange procured from the CBN;

“Gradual dollarization of the Nigerian economy with attendant adverse consequences on the conduct of monetary policy and subtle subversion of cashless policy initiative; and prevailing ownership of several BDCs by the same promoters in order to illegally buy foreign currencies multiple times from the CBN.”

What are the implications of CBN’s Ban of foreign exchange Sale to BDCs? As the new policy shift was being announced, yesterday;

• The national currency, Naira, depreciate to a low value of N283/USD1 in BDCs and the parallel markets as against N277/USD1 of the weakened.

• The currency had gained from low business cycle of Yuletide and informal supplies from returning Nigerians, appreciating to N265/$1.0 against N281/$1.0 it recorded in the middle of last month.

• This policy would lead to a further depreciation of the naira.

• There would be cost-push inflation

• It would create job losses

• On the long-run, Foreign exchange reserves would be strengthened (good side) 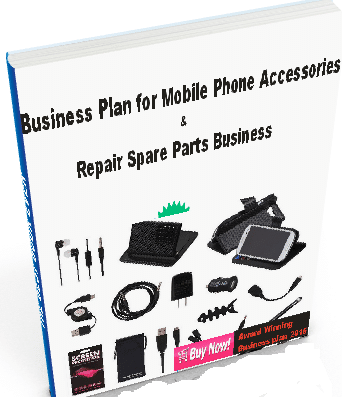