History of Diamond Bank & its Merge with Access Bank 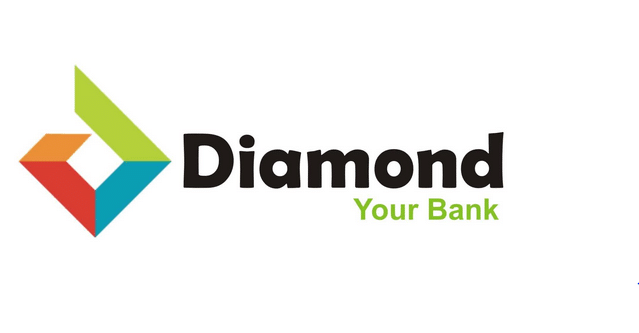 Diamond bank was one of the best banks in Nigeria as of 2014. International and locally in 2014, the bank was performing well. However, what baffles many people is how the bank saw its end in middle of 2019. We have seen banks merge with other Bank in Nigeria but that of Diamond was lest expected.

Diamond bank began its history in 1991 when it was found by Mr. Pascal Dozie.  Mr. Pascal Dozie nurtured Diamond Bank from 1991 to 2005. After growing the bank to an enviable height for 14 years, he relinquished the Chief Executive Officer’s (CEO) position to Mr Emeka Onwuka at the end of 2005. His exit was heralded with improved performance of the bank, which recorded a profit of N5.445 billion for the year 2005.

Otti doubled the full staff count from around 2,000 in 2010 to over 4,000 in 2014. He expanded the bank’s network from 210 branches in 2011 to over 265 branches three years later. Under his watch also,  the bank established an international subsidiary in the United Kingdom, in addition to expansion in Francophone West Africa (Senegal, Togo, and Ivory Coast).

Otti’s performance was so sterling that the Central Bank classified the bank as one of the eight systematically important banks in Nigeria under his watch. Otti’s era was the golden era of the demised bank.

Then entered Uzoma Dozie, the son of the founder Pascal Dozie, as the Chief Executive of the bank in March 2014 and the bank’s fortune started nose-diving.

In 2017, noticing that it could no longer continue to cope with losses from its subsidiaries, the bank sold its West African operations in Benin, Togo, Cote d’Ivoire and Senegal to Manzi Finances S.A., a Cote d’Ivoire-based financial services holding company and the bank later sold its United Kingdom’s operations.

In 2018, the Diamond bank went into coma and had to be merged with Access Bank.

On 19th December, 2018; Following the signing of the Memorandum of Agreement and announcement of headline terms, which valued Diamond Bank at approximately NGN72.5 billion (~$200m) and see Diamond Bank shareholders receive NGN3.13 per share in cash and shares, Access Bank and Diamond Bank announced further details, including the rationale and benefits of the deal, the estimated cost synergies, the capital management plan and the timetable.

According to daily post,  “The pro-forma capital position of the merged bank will be in full compliance with regulatory requirements for significant financial institutions with an international banking presence. However, in order to meet international standards of best practice and ensure a robust capital buffer, Access Bank and Diamond Bank have jointly agreed a strategic capital management plan and expect to achieve a post-completion Capital Adequacy Ratio (“CAR”) of 20% at the Bank level and 22% at the Group level. The key elements are:

Commenting on the proposed merger, Herbert Wigwe, CEO of Access Bank, said: “I am delighted to announce that we have received the necessary regulatory approvals to pursue a merger with Diamond Bank, one of Nigeria’s foremost digital and retail banks, subject to final regulatory and shareholder approvals. The combination of our two businesses will create the largest retail bank in Africa by customer base and a very significant player in the Nigerian market. This is a huge step towards the delivery of our goal to bring the power of banking to millions of people across Nigeria and an exciting transaction for Access Bank and Diamond Bank’s customers, staff and shareholders.

“We have a clear plan to maintain our capital strength and are announcing today decisive steps by both banks to ensure their financial stability throughout the process. The overall outcome will be a stable institution with an extremely strong capital adequacy ratio of more than 20% following completion of the merger, which will be a leading competitor in all the markets in which it operates.

“Access Bank and Diamond Bank have complementary operating platforms and similar values, and a merger with Diamond Bank, with its leadership in digital and mobile-led retail banking, will accelerate our ambition to become a leading corporate and retail bank in Nigeria and a Pan-African financial services champion. We look forward to bringing our discussions to a successful conclusion and delivering the benefits of the merger to our staff, customers, shareholders and other stakeholders.”

Uzoma Dozie, CEO of Diamond Bank, said: “The merger is positive for all of Diamond Bank stakeholders, including customers, employees and shareholders. In particular, customers will benefit significantly through the unrivalled combination of the best of Diamond Bank’s retail and digital leadership with the size of Access Bank’s balance sheet, corporate names and geographical reach.

“In reaching this decision, the shared passion for leveraging Nigeria’s youthful and entrepreneurial talent, and a commitment to better outcomes through financial inclusion have convinced us that this is the right combination.

“I believe that the combination of two strong and admired brands, with shared values and complementary strengths, will be a strong force for positive change in the Nigerian and African retail landscape. As a result, this merger creates significant potential for sustainable long-term growth which stands to benefit customers, employees and shareholders alike.”

Rationale for and benefits of the transaction

Diamond Bank will benefit from Access Bank’s strong culture of risk and capital management expertise and a clear strategy for sustainable growth. Access Bank will take advantage of Diamond Bank’s unparalleled retail banking expertise and strong digital offering. Together, the two companies would create one of Nigeria’s leading banks, with 29 million customers, including more than 13 million mobile customers, as well as 3,100 ATMs and around 32,000 PoS terminals.

Diamond Bank and Access Bank share many of the same areas of focus, including women, youth, entrepreneurs and the financially excluded and will be able to further develop their positioning and market leadership in these growth sectors. Diamond Bank’s corporate customers will also be able to benefit directly from Access Bank’s corporate expertise in trade finance, cash management, treasury and corporate finance.

Diamond Bank currently has 19 million customers, including 10 million mobile users. The combined operation will have relationships with both MTN and Airtel, ensuring that customers of the merged bank will continue to access a strong mobile banking proposition. Access Bank and Diamond Bank also operate from the same technology platform, which the Boards believe will enable them to complete the integration with minimal disruption or impact on customers, in addition to generating significant synergies.

Access Bank had a capital adequacy ratio of 20.1% as at 30 September 2018. It is currently concluding a US$250m Tier II capital raising exercise in line with its capital plan to provide a robust capital buffer given the current macro-economic environment.

The Board of Diamond Bank has confirmed to Access Bank that it intends to take a further impairment on its loan book in line with its IFRS 9 implementation by its financial year end on 31 December 2018. Access Bank has sufficient capital headroom to conclude its merger with Diamond Bank after the write down.

The pro-forma CAR of the combined entity will be in full compliance with regulatory requirements at the time of completion. However, Access Bank has also accelerated its capital plan, in which it had anticipated raising additional capital to fund retail expansion, to ensure that the quantum and timing take account of the planned merger. It has obtained a CBN “No Objection” for a Rights Issue of up to NGN75 billion (~US$207 million) to be launched in H1 2019, which will ensure that it continues to maintain a strong capital buffer above the minimum requirements. A formal notification for an EGM to seek shareholder approval for the rights issue will be issued shortly.

The transaction also presents the opportunity for significant cost synergies to be derived from consolidation of support functions and processes, the benefits of scale, branch consolidation and HQ centralisation. These are conservatively estimated to be NGN30 billion per annum, pre-tax, to be fully realised three years post-completion.

In addition, there are revenue synergies, such as those from the opportunities created by applying Access Bank’s value chain approach to Diamond Bank’s existing 19 million-strong customer base, along with the positive impact of Diamond Bank’s NGN1 trillion low cost deposit base on Access Bank’s cost of funding, enhanced risk management and yield and price improvements driven by market share. The funding and capital synergies are also attractive, with an improved deposit mix, improved access to capital markets and greater efficiency in treasury operations.

A Joint Implementation and Integration Committee has been established to ensure that these synergies are properly evaluated and the resulting profit and growth potential realized.

Access Bank plans to leverage the best talent of both banks and combine them to create a leading banking franchise in Nigeria. The combined bank will be led by Access Bank’s current CEO, Herbert Wigwe, and will retain the Access Bank name. It is intended that the brand will be redesigned to include strong elements of Diamond Bank’s digital and retail brand.

Access Bank has a strong track record of M&A in Nigerian banking and has previously demonstrated its integration capabilities in the successful acquisition and subsequent absorption of six institutions in the past 15 years. The same team who led this successful integration will be responsible for delivering the merger with Diamond Bank and overseeing the transition to the enlarged entity.

The following sets out the envisaged timetable for completion and associated shareholder and regulatory approvals. The Boards of Access Bank and Diamond Bank reserve the right to change the timetable if transaction exigencies require.

Competence, not family ties, grows business. Until Nigerians learn to separate these two, the end will always be sad. By Mazi Obioma Ezenwobodo

Competence is what grows a business, not family relationship or whatsoever. Many multi-million dollar businesses have collapse due to lack of competency exhibited by the management. In Nigeria, parents are often fond of  transferring their business to their children without considering the competency of their children. The latter effect of this is the collapse of that business and the loss of jobs or disengagement of the workers. This is a serious challenge and threat to survival of many businesses  in Nigeria. A practical example is seen in the history of Diamond bank. A business born, nurtured and grow by the father and later destroyed by the son.