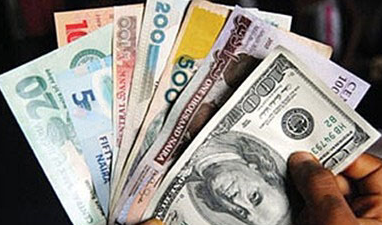 The recent free fall of Nigerian currency, naira has put many businesses in Nigerians into a halt while the prices of many commodities have skyrocketed. However, while many Nigerians are crying because of this others who are ‘opportune’ see this period as time to get rich. Seven (7) groups of people have been identified to be gaining from the recent Naira depreciation and would rather want naira to keep depreciating than appreciate. These top seven people benefiting from naira crash are; 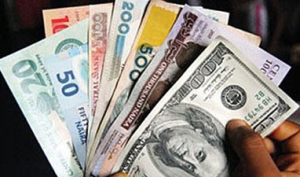 1. Speculators
The premium gap between the parallel market exchange rates and the official/interbank rates has increased the activities of traders who do not hedge, but who trades with the objective of achieving profits through the successful anticipation of price movements and this further worsening the currency situation. These market participants analyze and forecast future naira-dollar exchange rate movement; buy the hard currency in the hope of selling them at a profit. It’s not just speculators who have been benefiting the most from the misfortunes of the Naira. Several other market participants are also benefiting every single day the Naira plummets against the dollar at the parallel market.

2. Nigerians in Diaspora
Nigerians who lives, work and earn their income in dollar outside the country are finding this time as the best time. Nigerians living abroad reveal that they began started part-time currency business which involves trading their dollar or Pounds Sterling income for Naira at black market rate with which they invest in Nigeria. Some of them even have to go into borrowing cheap funds in hard currency for the purpose of this business transaction.

Nairametrics reveals that, “some believe this is the best opportunity to buy land and houses as the value of the dollar has now risen by about 70% against the Naira while property prices have been somewhat depressed”.

Again, following the restrictions imposed on money transfer outside Nigeria by CBN last year; the Nigerians in diaspora have been engaging in a quasi-money transfer services to other Nigerians whose children are abroad at transfer charge rate close to parallel market rates.

3. Commercial banks
Commercial banks are in this list of benefactors of Naira downfall. Since the downturn of oil sector in Nigeria, commercial banks have been in under pressure with many oil companies’ loans not being repay. However, they have posted massive gains from foreign exchange sector of their businesses as it can be seen in their income statements at the end of financial year 2014 and the first 9 months of 2015. Most people who purchase items online have attested that banks charge them as much as N290 to the dollar even though the CBN pegs the rate at around N199.05.

Banks’ staffs are also part of this list. They have taken the advantage of the scarcity of the hard currency to force foreign exchange users especially importers to pay close to parallel market rate for foreign currencies obtained from CBN. They oblige the customers to pay two cheques, one to the bank covering the official rate and the other to designated bank account covering the difference in the parallel market rate.

4. BDC operators and the Likes
In spite of ban imposed by CBN on BDC on sale of foreign exchange, BDCs are still thriving in many commercial cities in Nigeria as they have a way of sourcing the currencies from CBN official leakage window and diverting same to black market for over 70% profit margin. They are one of big benefactors of Nigeria’s foreign exchange woes.

5. Exporters
Businesses exporters are smiling now. Officially, revenues from their exports proceeds should naturally; be routed through the CBN as export proceeds. It is however clear that some of them move a chunk of that to the black market. Even though they knew they violates the exchange law; with gains as high as 80%, most of them find it difficult to resist the lure of selling their hoard at the black markets rather than at the official window.

6. Associates of the CBN and friends
It is also been report that people close to the management of the CBN or particularly the government are also befitting from the collapse of naira. They get preferential treatment from the CBN by buying at official rates rather than at the black market rate where a lot of Nigerians go to. Some of them even have to go back to black market to exchange at profit rate over 200%.

There are no sign of naira strengthening in near future. The condition may continue to deteriorate while these benefactors keep enriching themselves, unless the government acts fast.

For your questions and comments, you can use the comment box below.