It is no longer news that Nigeria music industry is one of the biggest entertainment industries globally. Gone are the days when Nigerian sorts for foreign musical entertainment from foreign musicians like Rihanna, Jazzy and the likes of them. Over the years Nigeria music industry has produce so many good musician starting from Jazz player to R & B player.  Nigeria has also produce musicians who are millionaires and billionaires. In this article, I will show the top 10 richest Nigerian musicians .

Without wasting your time, here is the countdown of our list of top 10 richest Nigerian musicians:

Flavour takes the tenth position on our list of top richest Nigerian musician. He current financial net worth is estimated at $25 million. Flavour real name is Chinedu Okoli and his stage name Flavour N’ Abania. He hails from Anambra State Nigeria but he grew up in Coal city of Enugu State.

He started his musical career from childhood as a drummer in his church and has grown to become one of the most popular entertainers in Nigeria. Flavour is another entertainer whose stardom and wealth has been made through his interestingly songs. His hit song, Ada Ada was nominated in 2014 to be among the award winning best video of the year at the MTN Africa Music Awards.

Flavour has made it at the tenth spot on our list of top richest musician in Nigeria based on his numerous endorsement deals worth millions of naira and he has also released several albums since 2010. 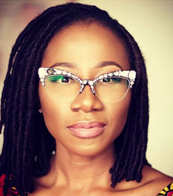 Asa grab the ninth spot on our list of top richest Nigerian musician. Her real name is Bukola Elemide but better known by her stage name Asa. Asa is a Nigeria/French musician and of Yoruba origin who rise to fame with debut single, Eye Adaba”.

She was the winner of the French Constantin Award in 2018, when she releases an amazing album “Asa”. She was chosen by a jury of 19 music industry experts in Paris. Asa has also won several awards including ‘Best R & P/Pop album’, ‘Best Alternative Song’, ‘Best Vocal Performance (female)’ and Best Recording of the Year’ at the 2015 Headies.

On the eighth position is D’BANJ. D’BANJ’s real name is Oladapo Daniel Oyebanjo but is better known by his stage name D’Banj. He hails from Ogun State Nigeria.

D’banj is a Nigerian singer, rapper, business man and the founder of Mo’ Hits Records with producer Don Jazzy. D’banj has worn award like MTV Europe Music Award for best African Act and many more. He has also acted movies like Cruel Summer, Confidential, Letters to a stranger etc. he is known by many names, “Bangalee”, “The Kokomaster”, “Eja Nla”, “Mr. Endowed” and many more, and is considered one of the most influential and popular recording artists of all time.

D’banj is no doubt one of the richest Nigerian musician, as of 2022, his net worth is estimated to be roughly $30.1 million dollars (12 billion naira), making him the 8th richest musician in Nigeria. 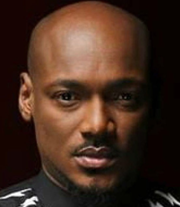 Taking the seventh position on our list of the top richest Nigerian musician is Tuface.  Tuface’s real name is Innocent Ididbia.

He is one of the most popular musician in Nigeria, and also a popular singer in Nigeria. There was a time Tuface was regarded as the richest musician in Nigeria – beating the likes of Psquare and Don Jazzy. He was formerly under the defunct plantashum Boiz where he, along with his friends, Face and Black Face.

One of his most popular hit tracks, ”African Queen” which sold millions of copies worldwide has topped the music charts and won so many awards like BET Award, MOBO Award and Best musician of the year award, etc. Tuface has been ranked over the years  as most famous and wealthy that he is regarded by many to be a veteran in the entertainment industry.

He got married to Annie Idibia in 2012. He has other children with other women apart from Annie’s. 2face has so many endorsement deals in which he is an ambassador with GLO, Italian Liquor brand, campri and partner mobile. He owns a top record label named Hypertech media.

His estimated networth is $37 million dollars (14.8 billion naira) making him one of the richest musician in Nigeria. 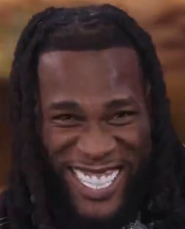 Burna boy grabs the sixth spot. He was born on 2nd July, 1991. Burna Boy enjoyed much success in Nigeria music industry as an entertainer. Burna boy real name is Damimi Ebunoluwa Ogulu and he hail from River State Nigeria and was born in Portharcourt. He is a singer and a songwriter.

He gained popularity in 2012 after releasing “Like to party”, the lead single from debut studio album L.I.F.E (2013). Burna Boy signed with music lable Bad Habit/Atlantic Records in a United States and warner music group internationally in 2017. His third studio album outside (2018) marked his major-label debut.

Burna Boy has won so many awards for to his name. In 2022, he won Best International Act at the 2022 BET Awards. Burna Boy is among the top 10 richest musician in Nigeria. His songs are popular with record sales not only within the country, but internationally, he featured in Forbes top richest artist in Nigeria. Burna Boy has so many endorsement deals, with star beer and many more. He has other investments, cars and landed properties.

His estimated net worth by Forbes is $46 million. 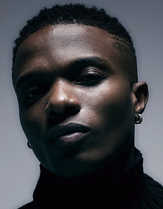 Wizkid takes fifth position on our list of top richest musician in Nigeria. Ayodeji Ibrahim Balogun is the real name of Wizkid.

Wizkid started his musical journey at a very young age, when he was just 11 and since then, he has recorded huge successes so far. Wizkid has other name like Starboy. He has always followed his dream to be one of the best music stars in the country.

He released his first collaborative album with his group called Glorious five and his group is made up of himself and his church friends. Wizkid released his first studios album in 2011, “Holla at you Boy” which was a hit at E.ME studios. The success of this album spurred starboy to work harder to earn his riches. Wizkid founded his own recording studio “starboy” in 2013. He has signed other musicians under his label. Aside from being featured by other talented artiste in the country, he has been featured by international American musicians and rappers like Drake, Chris Brown, Tinny Tempah and so on. He later signed a multi million deal with SONY entertainment.

Wizkid has so many endorsement deals with many brands like pepsi ambassador which he earned $350,000 monthly. Also GLOBACOM, a telecommunication giant also made him their top ambassadors. The deal has seen starboy become extra rich, doubling his assets as one of African richest musicians according to Forbes with estimated networth of $63.3 million dollars.

His real name is Michael Collins Ajereh and he hails from Abia State Nigeria but he is based in Lagos Nigeria. He is a Nigeria record producer, singer, songwriter and entrepreneur. Although, he has no song of his own, the award winning music producer has been featured in various songs due to his peculiar voice.

Don Jazzy is the founder of the top music record label, Mavin Records and defunct MO’Hits founded in 2012. He has so many top artists signed to his label such as Korede Bello, Dija, Aryya Star, Dr Sid, Tiwa Savage and many others. Mavin Records is said to worth $100 million dollars because it has a global outreach. Don Jazzy has been signed by so many brands and he also has many investments and musical career which fetches him case. He co-founded Flobyt, a popular tech firm providing free Wi-Fi service to users for downloading and streaming media content.

He is a brand ambassador to Samsung mobile, Johnnie Walker, Loya Milk, etc.

Countdown to the third position on our list of top richest musician in Nigeria is Rude Boy, the twin brother of Mr. P.

His name is Paul Okoye. He is from Anambra state although he was born in Jos but he is popularly Rudeboy of Kingrudy. Paul Okoye together with his twin brother is popularly known as P-Square. Paul, just like Peter started music together and they have several awards. He is a talented singer just like his brother and they took the world by storm but unfortunately, they are no longer together.

They split up due to various disagreements between the two. Rude Boy estimated networth is $66.1 million (26.4 billion naira) as of 2022.

Mr. P grabs the second spot on list of top richest musician in Nigeria. His real name is Peter Okoye, the twin brother of Paul Okoye.

He is just one of the most popular Nigerian musicians, Peter with his twin brother they have taken his music global and he has worked with many international stars like Rick Ross, Dave Scott, Akon, etc. He is a good dancer and a dance lover that is super good at rhythmic dancing just like his role model back then – Michael Jackson.

Since he released “Get Squarred”, a hit project that he was featured in, Mr. P has gathered an impressive net worth of $66,6 million (26.6 billion naira), making him the second richest musician in Nigeria as of 2022 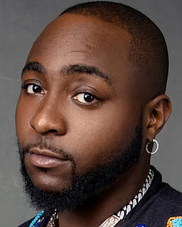 DAVIDO takes the first position as the top richest Musician in Nigeria. His net worth is $70 million.

His stage name is OBO meaning Omo Baba Owo and his real name is David Adeleke. Just like Wizkid, he is another successful young talented musician in Nigeria who has recorded tremendous feat in Nigeria music industry.

Davido comes from one of the wealthiest families in the country. He has many baby mamas and three children. He has released so many songs, there are hit songs which have topped the musical charts over the years and he is still reigning. Some of his hit tracks are Aye, Aje, Flora my Flower, See Gobe, Assurance. Davido’s current Baby mama is Chioma. He has many assets, cars like Honda, Porshe and a Range Rover

. Apart from singing a multi-million deal with SONY musical record label, most big brands signed Davido as their brand ambassadors; like first bank, MTN, Pepsi which is rumored to be N100 million. Davido is known popularly with the saying 30 billion for the account. He also owns a record label. OBO is richer than Olamide and Tu-face. This is true because Davido’s father, Mr. Adeleke is a billionaire and is among the top 20 richest persons in Nigeria according to Forbes 2022.