Billionaires make a country’s economy and politics rich. And they also play philanthropically role. Nigeria has billionaires who have topped Forbes’ list of richest person in Africa. Many of these billionaires are business tycoon and founders of technology giants, with much of their wealth still invested in the companies they founded.

With so much of their wealth (as shares) in publicly traded stocks, the net worth of the richest can fluctuate with market valuations. However, a business tycoon like Aliko Dangote, the founder and CEO of Dangote group and the richest persons in Africa as well as Nigeria as of July 1, 2022, has remain on top spot of the list of richest persons in Nigeria since 2011.

Here are the 10 richest persons in Nigeria as compiled by Naijaonlinebiz editorial team: 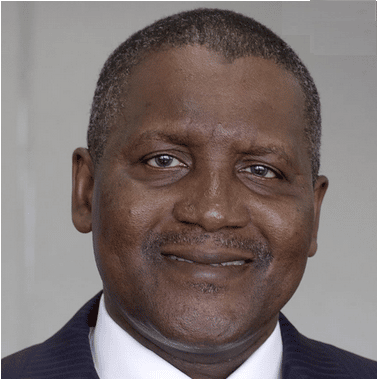 Dangote was born into a rich family, which did not affect his journey of becoming a billionaire, because he did not rely on his family’s wealth. He began when he established a small trading firm in 1977, and this firm grew to what we know as Dangote group today.

The Dangote Group is a major force in the sugar and Cement market in Nigeria and Africa. Dangote has investments in Nigeria as well as other African Countries like Ethiopia, Benin, Senegal, Togo, Tanzania, Ghana, South Africa, Cameroon and Zambia.

He has mastered the art of producing his products locally. Presently, Dangote owns refineries and manufacturing plants in Nigeria and other parts of Africa. He is taking a lead by building a major refinery in Nigeria thereby eliminating the Country’s dependence on oil importation. This refinery project is for Crude oil, fertilizers and petrochemical materials which worth over $9 Billion.

The second richest person in Nigeria is Mike Adenuge, a man from humble beginning. His full name is Micheal Ademiyi AgboladeIshola Adenuga

He attended Ibadan Grammar School, Oyo State and worked as a Taxi driver and security guard to support himself while studying in the University. Mike Adenuga net worth is estimated at $5.8 Billion and he is the third richest person in Africa. He is the owner of telecommunication giant Globacom and Conoil. Globacom is the largest telecoms operator and it has offices in Ghana, Cote D’Ivoire and Benin.

Mike Adenuga received his Bachelor’s degree at the North-western Oklahoma State University WHERE HE STUDIED Business Administration and obtain a master’s degree at Pace University in New York. In 1990, his company consolidate oil received a drilling license and in 1991 they struck oil making the first indigenous company to strike oil in commercial quantities.

Aside ConOil, Mike Adenuga has proved his business acumen when his company, Globacom was issued a conditional GSM license in 1991 and received the second license in 2003. Ever since then, his Telecom Company which is fully indigenous has grown rapidly.

According to Forbes Latest release, Femi Otedola estimated net worth is at $2.3 Billion which made him the third richest persons in Nigeria. Femi Otedola is a Nigerian business philanthropist and former Chairman of Forte oil PLC, an importer of fuel products. Otedola is the founder of Zenon Petroleum and Gas Ltd and the owner of a number of other businesses across shipping, real estate and finance.

He started his journey in business when he successfully ran his family’s printing business in the 1980s. He later ventured into the oil and gas industry. He has real estate properties in different parts of the world, these include; Dubai, London and New York City. Otedola has 3 daughters, two of which are well known in the entertainment industry. One of his Daughters, Florence Otedola popularly known as DJ Cuppy who is a DJ and a music producer and also, Elizabeth Temi Otedola who is a blogger and an aspiring designer.

Otedola is known for his philanthropic contributions. He setup a scholarship scheme through his father’s University, Michael Otedola University, where he has helped over 1,000 students since its inception. He has contributed N300 Million to the completion of the National Ecumenical Centre, Nigeria’s Primary place of Christian worship in Abuja.

On the fourth position of our list of the top richest persons in Nigeria is Folorunso Alakija. At age seven, Folorunso traveled to the United Kingdom to continue her Primary school education at Dinorben School for Girls in Hafoduno’s hall in Wales. She returned to Nigeria and attended High School at Muslim High School, Sagamu, Ogun State, Nigeria and went back to U.K for her secretariat studies and also attended fashion school in London.

Alakija is a business woman, entrepreneur and currently worth $2.1 Billion making her the richest woman in Africa from a fashion designer to oil tycoon. Her oil company called Famfa Oil Limited was founded in 1993. She has investments in real estate which is said to be worth over $100,000,000.

Alakija is married with four children. She is known for her philanthropic activities. She owns an NGO called Rose of Sharon Foundation which helps widows and orphans by empowering them through scholarships and business grants. Her love for education has made her sponsor many Nigerian students through the Agbami medical and engineering scholarship scheme and Folorunso Scholarship Scheme. 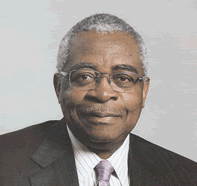 Theophilus Danjuma takes the fifth position on our list of richest person in Nigeria. Theophilus Danjuma is Taraba State born politician and retired as Lieutenant General  in Nigerian Army. He is business man whose net worth is estimated at $1.7 Billion. He is a also former Nigeria Defence Minister and the founder of Oil exploration Company south Atlantic petroleum (SAPETRO), even though he had a very humble beginning, his father Kurn Danjuma was a poor farmer and metal trader.

Danjuma rose through the ranks from his rookie position as a second lietenant to become a General and also picked interest in Oil Business. In 2015, he was the richest man in Africa. Danjuma has been involved in many political acts in Nigeria history. He was involved in the Nigerian coup in July 1966 and also was able to prevent the Dimka Coup in 1976. Danjuma retired in Army in 1978 and stayed focused on his business since then.

He is a Nigerian Business man and philanthropist. Rabiu is one of the richest men in Nigeria, his father; KhalifahIsyaku Rabiu was a prominent industrialist in the 70s and 80s. Abdulsalam attended the Capital University in Colubus Ohio in the 80s before returning to Nigeria to take over his family business. Abdulsalam is the founder of BUA in 1988. Over the years, the company has grown to become a Conglomerate worth over $2.5 Billion with interest in manufacturing, infrastructure and Agriculture.

Abdulsalam’s Company acquired the Nigerian Oil Mills limited and it also acquired a Controlling state in the Cement Company of Northern Nigeria. BUA Group has the second largest sugar refinery in the country. Rabiu is the Chairman of the Nigeria Bank of Industry. Abdulsalam has been giving back to the society through the BUA Foundation. The foundation sponsored the construction of the paediatric ward at Aminu Kano Teaching Hospital and Construction of Centre for Islamic studies at the Bayero University, Kano.

His full name is Tony Onyemaechi Elumelu CON MFR. He is a Nigerian Economist and philanthropist and also a business owner, citing heirs’ holdings, transcorp and founder of Tony Elumelu Foundation. He attended Abrose Ali University, University of Lagos. In 2020, Elumelu was named on time’s list of the 100 most influential people in the world. He hails from Aniocha North Local government of Delta State.

With an estimated net worth of $1.4 Billion, Elumelu is one of the richest men in Nigeria. In 2005, he was involved in the acquisition of the United Bank of Africa which he transformed from Nigerian bank to Pari-African institution with presence in 19 African Countries.

Elumelu is an alumnus of the Harvard Business School. In the banking sector, Tony Elumelu was known for his role in acquisition of standard Trust Bank in and catapulting it to becoming one of the top banks in Nigeria. Tony Elumeluhas invested with financial services, energy, real estate, hospitality, agribusiness and healthcare sectors through his investment company, Heir Holdings.

He serves a co-chair of the Aspen institute Dialogue series on Global food security and also serves as an advisor to the USAID’s Private Capital Group for Africa (PCGA) partners’ forum. He is the Chairman of the Ministerial Committee to establish world-class hospital and diagnostic centres across Nigeria. And he’s also a member of the Global Advisory Board of the United Nations Sustainable Energy for all initiative (SE4ALL).

The former Governor of Abia State Orji Uzor Kalu is the Chairman of SLOK Holding and other investments in Daily Sun and New Telegraph newspapers. He was a student activist during his time at the University of Maidugiri and was involved in the Ali Must Go Riots. After his participation in the riots, the school authorities suspended him but he never returned as he went on to building several businesses.

According to Forbes, Kalu is estimate at $1.1 Billion Dollars net worth. Orji UzorKalu started with a loan of $135 Dollars which he received from his mother and traded palm oil which he buys forms the South East and sold to the market in the North. Following the success from his Palm Oil Business, he moved to another line of Business which was selling furniture on a large scale. He later established the SLOK holding which is comprising Ojialex furniture Company, SLOK Nigeria limited, SLOK United Kingdom Limited, SLOK Vegetable Oil, Aba, SLOK Paper Factory, Aba, SLOK United State Incorporated, SLOK Ghana, Cotonou, Guinea, Togo, South Africa, Liberia, Botswana, SLOK Korea, Supreme Oil Limited, SLOK Airlines, Sun Publishing Limited and First International Bank Limited. 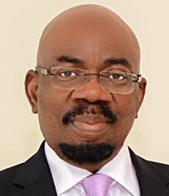 Jim Ovia is a product of Harvard Business School and he is well known to have introduced many beautiful innovation to the banking sector. He is a Nigerian Business man, a native of Agbor in Delta State. He attended university of Louisiana Monroe in 1979, Southern University and A&M College in 1977 and Harvard Business School. Jim Ovia was born in Agbor on 4th of November, 1951 and is married to Kay Ovia.

Jim James Ovia founded Zenith Bank in 1990. He has been called the Godfather of Banking by Forbes Africa. Zenith Bank is one of the leading banks in Nigeria and number six in Africa in term of shareholders. He is currently the chairman of the Bank.

Jim Ovia estimated net worth is $1 Billion Dollars. He was also the founder of Visafone Communications limited which MTN has since acquired. Ovia is also the Chairman of the Nigerian Software Development Initiative (NSDI), Cyber space Network Limited and the National Information Technology Advisory Council (NITAC).

Oba Otudeko CFR is a Nigerian Businessman and the founder and Chairman of the Honeywell group. He was former chairman of FBN Holdings and Founder of the Oba Otudeko Foundation.

Oba Otudeko worked as a banker for over two decades rising to the position of Chief Executive Officer of the Cooperative bank in Ibadan. He has attended executive Management programmes in Switzerland and U.S.A. He also has investments across different sectors which includes; trading, oil and gas, financial services, real estate and marine transportation.

If you want to join the Nigeria richest billionaires list, you might need to become a technological innovator or business mogul. Or you can start by value investing.  It wouldn’t be bad if you’re born into wealth. However, the greatest fortunes on this list started as good ideas that people with creativity, drive, and connections used to build some of the largest companies.