Traditional Marriage in Igbo land: Everything you need to know 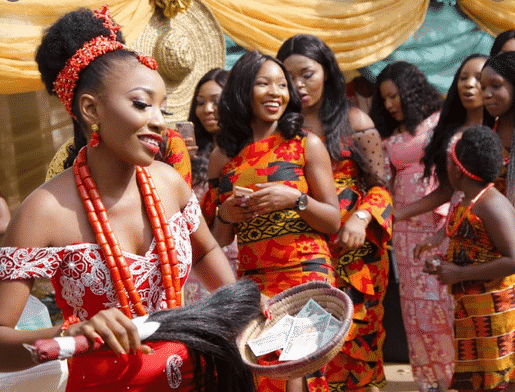 Before traditional marriage rite can take place in Igbo land, the intending couples must meet some certain perquisites. These include:

In entire Igbo land, traditional marriage rite is the same, though it may look slightly different in the eye of people. The age, finance and psychological fitness are important in Igbo marriage rite because no man will give out his daughter for marriage to an immature person or to someone who has no means of livelihood.

Read: 7 Tips to Make your Relationship Last Until Marriage

First, I met one of the eldest men in IHE town, Chief Okeke Ude. According to him, the expression that one has reached the age of getting a wife can come from two ways:

The later, may get two different responses such as, Papa I have agreed or Papa I am not ready yet. I am not ready yet, maybe that he has not gotten financial status to do so or, he does not need a wife now. There will be no marriage preparation in the later, while in the former, wealthy parents may decide to marry for their son who has no money and continued to foster the marriage till the son gets something doing.

Read also: How to Find a Lover on Facebook

Picking of a Wife

First Discussion of the intending couples

Second Discussion of the intending couples

Third Discussion of the intending couples

Knocking at the door

The next stage both parents of bridegroom and bride will meet to fix a date for the next coming. The man and his parent will be given a list of what they will come with, this in order words also is known as the “first coming”. The content of the list according to Chief Okeke Ude is stated as follow:

In the first coming after knocking at the door: Ten pieces of kola, combination of Igbo kola and Gworo, Two Cartons of Beer, One Jar of palm wine, One bottle of wine, one bottle of hot drink and Two packets of Cigarette According to Chief Okeke Ude, at this stage the man’s family is been controlled by the intending partner’s family because what they will bring in each coming will always be listed for them.

The final coming will be Igbankwu. IGBANKWU in IHE, Agwu like other comings has its own list but the list will be according to the agreement reached by the two parties. The level of agreement is determined by the level of well to do of the groom’s family and how smooth their responses were in the first and second coming. The number of people that attend Igbankwu  dress in their gorgeous Igbankwo attire is more enlarged. The venue of Igbankwu is always a well-arranged stage with Canopies to cover the sun or rain. Music to entertain the people.

The highlight of the occasion is the bride publicly shown of her groom. This is usually done by the bride receiving a cup of palm wine from her father to give to her groom. This also serves as an invitation to the groom to come before the father of the bride with the bride and receive his blessings. The witness will be relevant in all these stages. The witness may not be the actual person who found the bride for the groom or Vice Versa.

This is done in a private place with selected few members from both families. There is always special wine for this occasion. During the ceremony, the groom’s father will put his hand in his pocket and present to the bride’s father money or bride price. If the money is okay the bride father will take it. The bride father can say that the money is not okay, that something will be added to it. Many a times, the bride’s father did take some amount from the money given as bride price and give the rest back to the groom’s father.

According to MAZI BASIL ANIADI (AKU ENWE BE FROM ARO NDI IZUOGO), if a man is matured for marriage and have good source of livelihood and he is ready to get a wife at Aro Ndi Izuogo of Imo State, first of all he will look for somebody he loves. When that is done and both agreed to marry.

The second round is showing to their parent. The man will take the girl to his parents and introduced the girl to them, after, the girl will introduce the man to her parents. Then, after all these casual introductions, the man with his father or his friend will go with the following: One bottle of hot drink and Kola nut. This stage is called knocking at the door or (Iku aka na Onu Uzo). The father of the girl will now tell his visitors that he will get back to them after seeking the girl’s opinion about it.

When the man gets a nod from the girl’s parent, he will now come back with his Umunna (Kindred) with the following items: Two gallons of palm wine, a carton of beer and a hot drink. This is called first coming because, it is now made open. At this level, the girl’s parent can give the man’s family list. The list will contain what the man will do including Igbankwu (traditional marriage ceremony).

Betrothal stage is a stage in Igbo land where a small boy and small girl can be handed over for marriage by their parents at a small age whether the bride price paid or not but something tangible can be used as a means. In bride price ceremony, the intending couple is allowed to organize to pay the dowries of the girl he is to be married. And finally, in marriage Consent. This a process through which the families of the bride and bridegroom have agreed for their children to marry each other.

This is the proper ceremony that brings people of different culture to chair the occasion of total hand over of the lady to the man who wants to marry her. On this note, things are cooked, drinks are brought which, therefore, serve as means of entertaining people or guest.

I have explained Traditional Marriage  in Igbo land and how it is done using 2 towns in Imo State and Enugu State Nigeria; some other time I will explore other ethnic groups in Nigeria like;